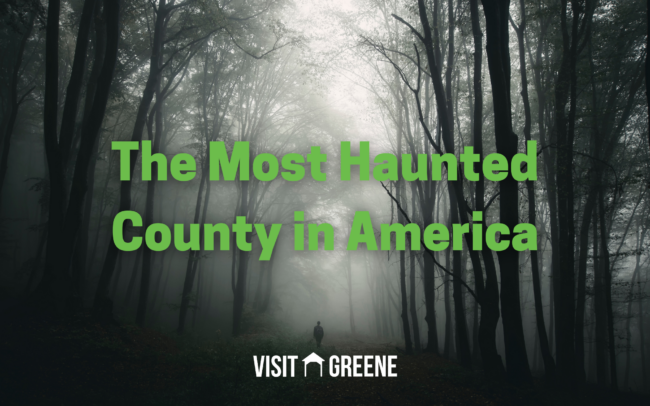 The far southwestern corner of Pennsylvania looks on the surface to be a pleasant rolling, river-cut landscape carpeted with vegetation and trees. But underneath is a bloody history and a supernatural reality brimming with ghosts, aliens, and unknown creatures. 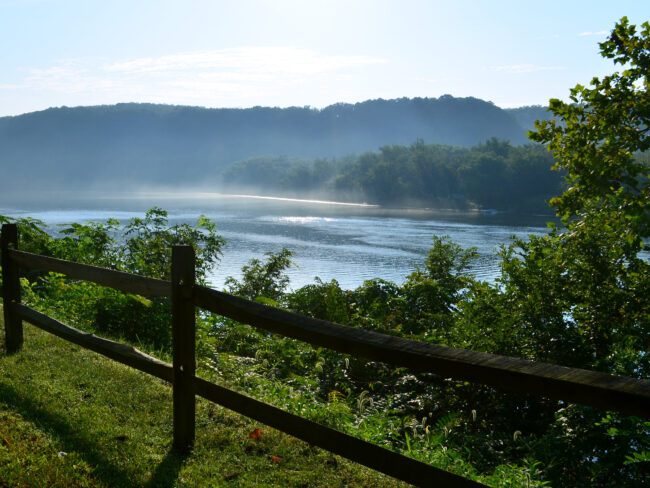 Prior to the glaciers, the ancestral Monongahela River flowed from present day north-central West Virginia across Pennsylvania and northwest Ohio. 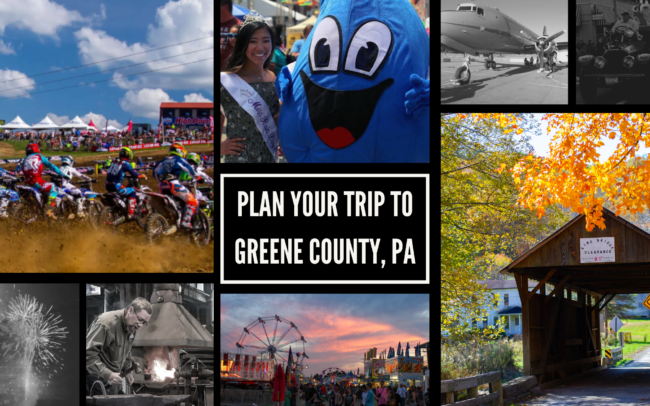 Plan your 2022 Vacation Days with a Trip to Greene County, Pennsylvania

A new year means new plans to be made, new things to accomplish, and a new chance to turn dreams into reality. Amidst all of the hustle and bustle of a fresh season, let this be a reminder of the importance of taking a break and scheduling restful and rejuvenating time off. Tuesday, January 25 is National Plan your Vacation Day, encouraging all to be intentional about setting aside time for themselves and making the ultimate experience of it. 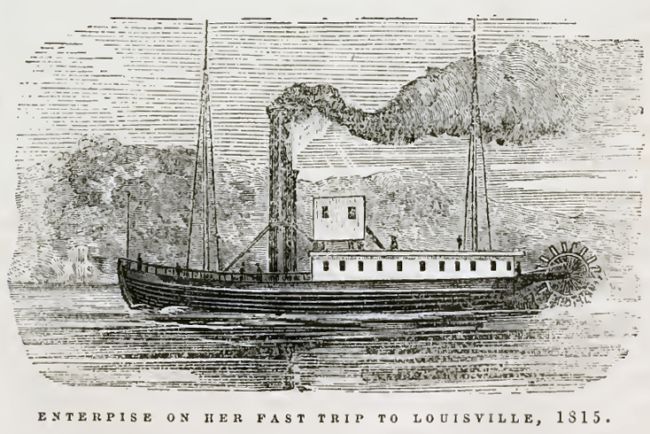 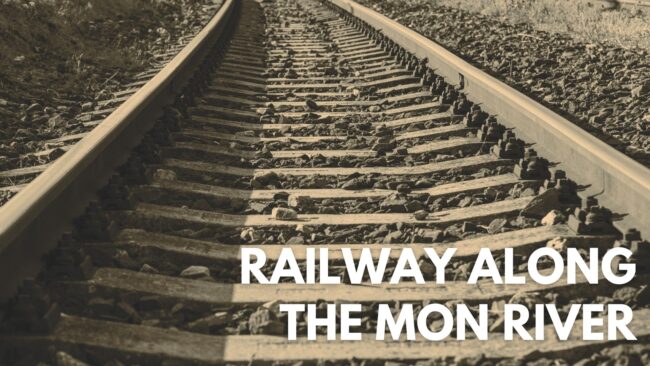 Railway Along the Mon River

The Pennsylvania, Monongahela & Southern Railroad was organized in 1902 under the Pennsylvania Railroad to extend the rail line from West Brownsville to Rices Landing. In May 2000, the abandoned rail bed was dedicated as a rail-trail along the Monongahela River. 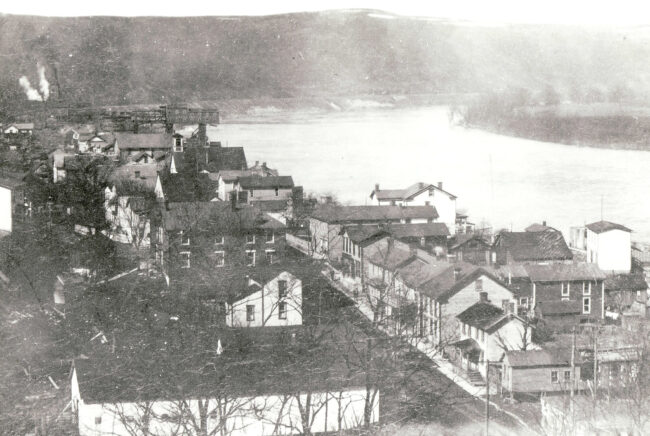 Along the Greene River Trail Rices Landing Settlement of Rices Landing One of the earliest overnight visitors was George Washington, when he and his troops camped here on their way to Pittsburgh during the French & Indian War. In 1786, John Rice purchased land on the east side of Enoch’s Run, a tributary of the… 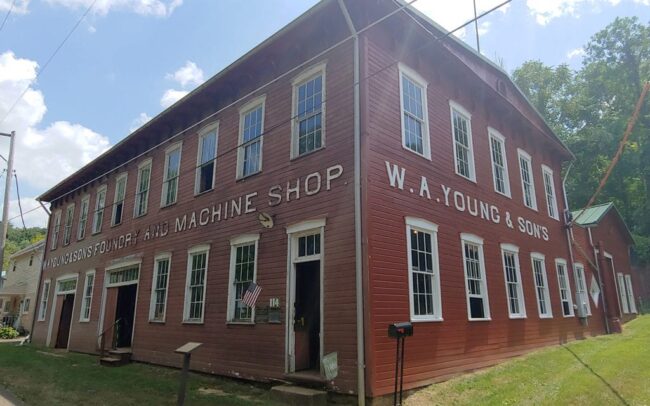 William A. Young, a descendant of two established families of Washington and Greene counties, purchased a plot of land in Rices Landing in 1900. The following year his mother, Rachel A. Young, bought the adjoining lot and sold it to her son in 1902. William Young built his foundry and machine shop on these two parcels of land and operated the facility until his death in 1940. Young’s sons, Walter and Carl, carried on the operation until 1965. 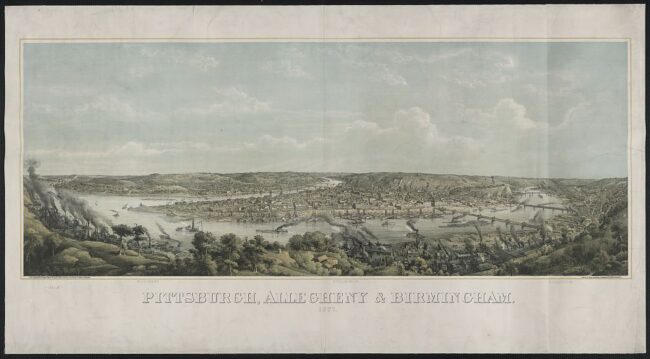 Named by H.D. Rodgers of the First Geological Survey of Pennsylvania, the first reference to the Pittsburgh coal bed was on a 1761 map. In the mid 1700s at Fort Pitt, coal was being mined on Coal Hill, or as it is known now, Mount Washington. The coal was extracted from drift mines in an outcrop about 200 feet above the Monongahela River. 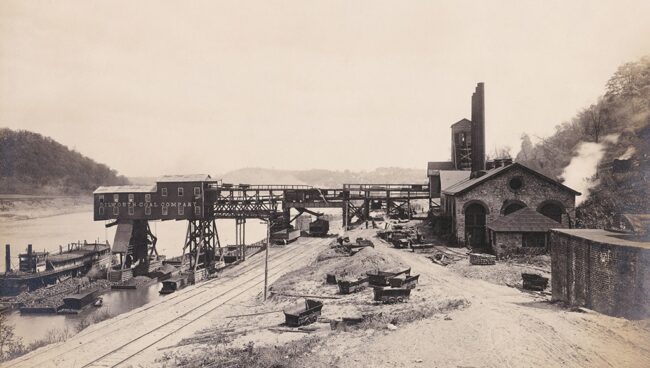 “Commercial” coal mining in Greene County began in 1902 when the Dilworth Coal Company produced 36,400 tons of Pittsburgh coal from its mine at Rices Landing on the Monongahela River. This appears to be the first mine in Greene County that was supervised and regulated by the Pennsylvania Department of Mines. 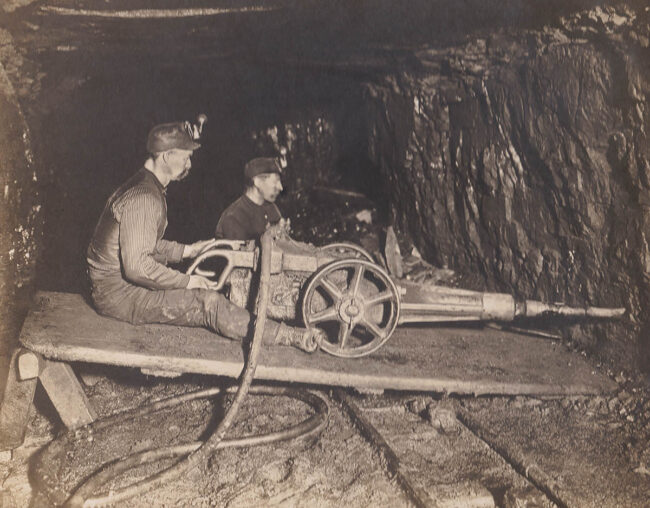 Early coal mining in Greene County began with settlers using drift mining to mine the outcrops of coal along the creeks and the Monongahela River, usually for personal use. Later small mining companies were mining coal.